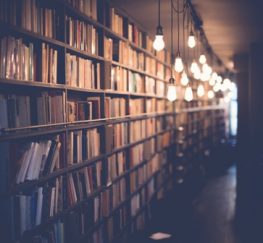 I read quite a lot and, a couple of years back, started to keep a list of books I’d read. This began, really, because I bought an e-reader for a long trip, and I realised that since the actual book wasn’t on the shelf I began to lose track of what I’d read, or not read. A much more dreadful issue (for another time) is the books I bought and now sit unread, in cyber limbo, for the same reason. I’ve become ambivalent about e-readers for this reason, though it’s a handy thing to have.

Back to the list – the list means I can look up which I’d like to read again (and again). There are some books I gave up on; this happens rarely, but as I get older I feel I’m allowed to stop, and spend my time on something else. I like to make a little note, when I remember, of where I heard about some of them – a link to all the other readers out there. Mainly though I find it interesting to look back over the year and see which books I’ve wandered through, which literary journeys I’ve been on.

In the middle of my list I found this drawing of a chair. I did this in response to a campaign led by Nicola Davies and Jackie Morris about the refusal of our government to allow 3000 unaccompanied Syrian refugee children into the UK (I must have grabbed this notebook and drawn this at the moment I read the post on Jackie’s Facebook page):

“Illustrators, authors and children have responded to our publication of Nicola Davies’s poem The Day The War Came which drew attention to the 3,000 unaccompanied Syrian children to whom the UK government decided not to give a safe haven. Nicola called on everyone who was outraged at this to paint, draw or sketch an empty chair and share it on Twitter with #3000chairs”  (https://www.theguardian.com/childrens-books-site/gallery/2016/may/03/3000chairs-empty-chairs-of-syrian-refugees)

Of course it’s not enough just to draw a chair, do something else as well – this is a good place to start: http://www.refugee-action.org.uk/support-us/

This isn’t a ‘Best books of 2016’ list – all the big papers will be full of those, some of the books I’ve read will be on those lists (and some won’t due to being more than one year old, publishing age wise). Here goes, part one…

January
The Lamp of The Wicked Phil Rickman
The Merrily Watkins mysteries are properly creepy in a classic supernatural tale kind of way. This one I found very disturbing, referencing as it does the murderous Wests. I imagine this may be the darkest of the lot (though I haven’t read them all yet).

Bridget Jones – Mad About the Boy Helen Fielding
Still funny – and still able to make me sob a bit – after all this time.

A God in Ruins Kate Atkinson
Back with the Todd family who we first met in the excellent ‘Life After Life’. This is just as extraordinary, following Teddy’s story this time rather than Ursula’s. This is the kind of writing which makes me wonder how you would even begin to write a novel, especially one like this.

February
Thin Air Anne Cleeves
I love a good mystery, and Jimmy Perez is one of my favourite fictional policemen, I think the last of these Shetland mysteries is just out and I’ll miss them.

The Ecliptic Benjamin Wood
Sadly (for me) I worked out what was actually going on quite early in the book *look at me with my giant brain*. The descriptions of Turkey were great though, and of course I kept reading to see if I actually had ‘got it’.

March
Neverwhere Neil Gaiman
I have come late to Neil Gaiman and now I love his books beyond all reason, obviously.

Consider the Fork Bee Wilson
Hooray for history! This is, I suppose, a social history of kitchen utensils. Contains a brilliant rant about the idiocy of using ‘cups’ to measure things (apologies to any American readers, but I don’t get it either…)

April
The Trees Ali Shaw
A book about the trees taking over, and much more. Ali Shaw’s imagination is a truly marvellous thing. At a talk at our local bookshop he said he was inspired by the floods we had in Oxford, the way they demonstrated we’re pretty much useless against nature at her most powerful. I don’t think he wrote this as a warning, but it could be seen as one.

A Shepherd’s Life James Rebanks
The life of a sheep farmer in the Lakes wouldn’t be for me, I fear I am too lazy! A great book about another world (and a little bit about being a student in Oxford).

May
Stardust Neil Gaiman
Fairy stories with properly evil beings in them are GREAT.

Knitlandia Clara Parkes
A book about knitters, and knitting, around the world. You might not ‘get it’ if you’re not a knitter, but it may also, should you read a chapter or two, hook you in (that would be crochet).

June
Animal – The Autobiography of a Female Body Sara Pascoe
I know (via QI mainly) Sara Pascoe as a comedian and clearly extremely clever woman. I bought this off the back of her appearance on Bookshambles (the excellent podcast hosted by Robin Ince and Josie Long). Animal is one of the best popular science books I’ve read, funny and informative on subjects from evolutionary biology to boobs. The best chapter in the whole book is the one about consent.

Common Ground Rob Cowen
I heard Tom Cox read some of this on his radio show (not sure he’s doing that any more, but the old ones are well worth a listen if still there). A book about the kind of nature we all live near – the ‘edgelands’ – and about becoming a parent. Rob Cowen weaves these two threads together so well, a compelling read.

The Winter Crown Elizabeth Chadwick
A historical novel I just didn’t get on with, I’ll probably have another go at it though, despite what I said up there /

So that takes us up to midsummer (more or less). Second half of the year to follow once I’ve had a cup of tea and maybe just one more After Eight.